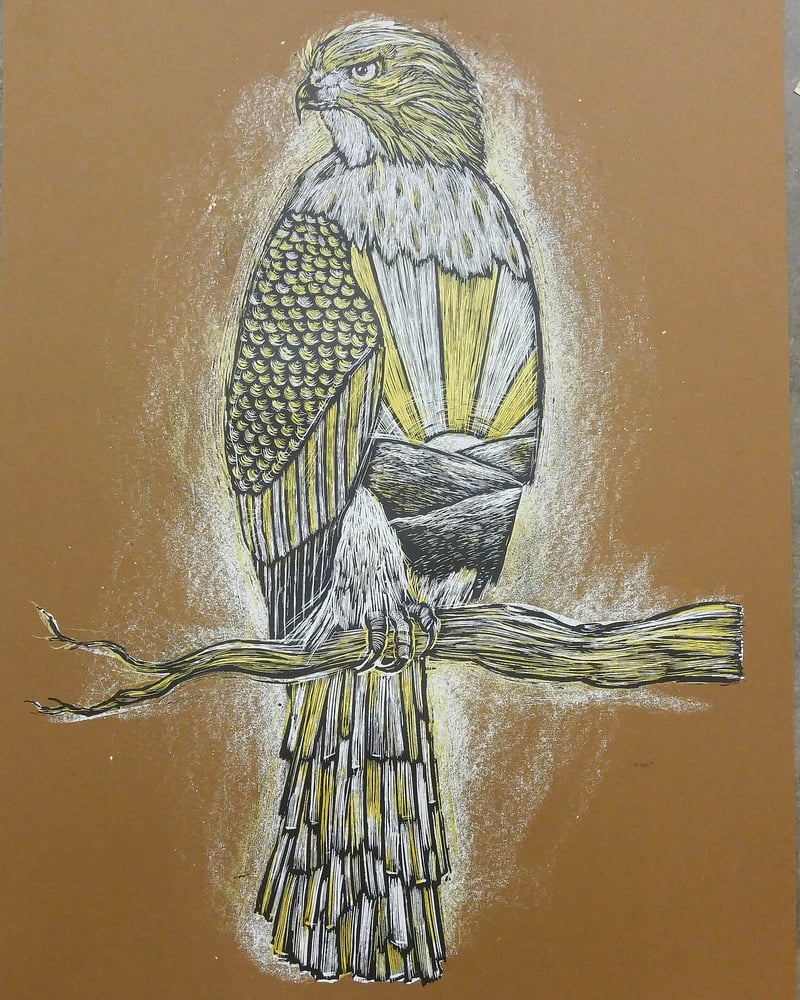 We are lucky enough in Chicago to see a fair amount of birds- some are due to our proximity to the Chicago River ; Blue Herons and migratoey birds can be seen making an appearance in iur neighborhood on an irregular basis. However it's the birds of prey that make Chicago home that get my attention mostly. Peregrin Falcons are seen pretty regularly and once in a while a Cooper's Hawk. Here's my takeon a reconstructed Cooper's Hawk with a midwestern Sunrise in his belly.
The Screenprint is 3 colors, with metallic Gold and is a signed and numbered edition of 80 on 18 x 24 Brown stock by French Paper Co.